Depending on who you talk to, a young college woman who is trading “Company” for favors, be they cash, companionship, luxury items might be called a prostitute.  If you watch the many videos on YouTube, the take away can be straight up prostitution or a loving relationship between an older man or woman, yes, a young 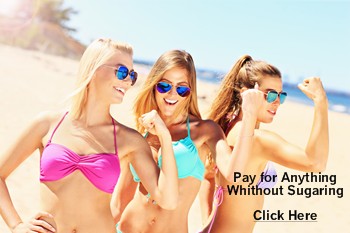 man can be a Sugar Baby too, and a younger person in need of both guidance and support.

The platonic version of Sugaring, with both parties fully satisfied with that arrangement is the ideal, but it’s not the norm.  The following short video shows what concerns Sugar Daddies and Sugar Mommas.  Everyone wants something, there’s nothing wrong with that, but the attitude and approach of these ladies send chills down the spine of a potential Sugar.  This Sugar Summit is to teach people how to score a wealthy man.

Teaching Babies How to Score a Wealthy Man

Key Points of the Video include:

The Summit was hosted by Seeking Arrangements.  Seeking Arrangements is a site devoted to connecting potential Babies with Daddies.  They certainly have a vested interest in expanding their population of available Babies, but the 150 that were in attendance at this summit will join the 2,000,000 + that have joined the site in the last six months.  If economics drive the world of sugaring as they do every other marketplace, young women wanting to Sugar will most certainly see their allowance drop from the current average of $3,000/month.

Another young woman was looking for multiple Daddies.  She said she wanted to have about 10 Daddies.  Presently, she had 4 that would send her money from time to time.  She’d concluded that none of them wanted a permanent relationship, so it was incumbent upon her to maximize her earnings by accepting additional Daddies.  In this case, it seems like semantics.  They’re not “Johns” they’re not “Clients,” they’re Daddies.  As they’re “Daddies” it’s not prostitution to accept money from multiple men.

She’s basing her fiction upon that rationale.

We noted above that Seeking Arrangement added more than two million young women to their database in the last six months, most of which were college students.  Prospective Babies can anticipate additional competition numerous other non-collegiate populations.  For example, you’ve got a lot of competition from Craig’s List.  Here’s an example of an ad posted by a Mother seeking a Sugar for her awkward Son.

With competition from multiple locations, it’s becoming more and more difficult to find a Sugar relationship that is enabling and 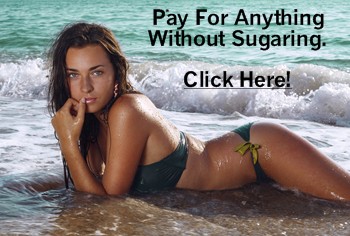 rewarding for both the Baby and the Daddy.  Daddies have a lot of inventory to choose from and Babies are increasingly direct in demanding remuneration for their “Companionship.”

We’ve moved from “magical” to “Caveat Emptor” for both Daddy and Baby.

Be careful out there, not everything is as it appears.