If Only There Were a Choice

The Harlandale ISD is the subject of a BLISTERING report from the Texas Education Agency (TEA).  Allegations include:

Here are some of the highlights.

From the San Antonio Express we learn:

The turmoil in the Harlandale Independent School District is coming to a head.

The highly political activities of this school district’s dysfunctional school board have been the focus of public debate for a long time. It is only in the last academic school year that they have captured state attention.

The findings in a leaked copy of a Texas Education Agency report on an investigation launched in August 2017 into the district operation’s do not bode well for the future of this board or its administration.

TEA investigators found that “a systemic breakdown of the HISD Board of Trustees’ ability to govern and manage HISD prevents the Board from carrying out the powers and duties as provided by Texas Education Code.”

Simple multiplication informs Texans that there is more than $135 Million Dollars ($9,016 x 15,000 students) that may be subject to cronyism, nepotism and financial mismanagement.

If the allegations are proven true, every Texan wants the Harlandale ISD Board removed immediately.  Whether true or not, the agonizing delay in functionality and instruction will 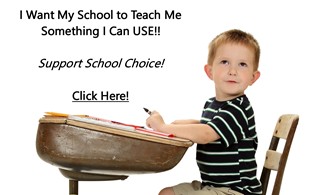 damage every child the district touches.  This is money that belongs to the children of the school district.  Not to the Harlandale ISD School Board.

There is a solution to assure the children are educated.  That solution is Universal School Choice.

Consider the dysfunctional absurdity the children must endure. If any of these allegations are true, a concerned parent would be desperate to have their children removed from Harlandale.  In fact, one district resident, Gina Castaneda, was quoted in “Express News” as saying this to The Board:

“With all this that’s going on with TEA, I know that you have attorneys looking out for your best interest, not for the schools’, the students,’ the parents’ and the community’s best interest, Let TEA clean house. Don’t fight it and spend the kids’ money.”

Ms. Castaneda is right.  The children are paramount.  They’re not served well in this inane conflict.

The only people qualified to judge if their children are being served are the parents.  When Texas has Universal Schools Choice, the dollars will follow the children into the school that serves their family best.

Make Choice For Children A Reality