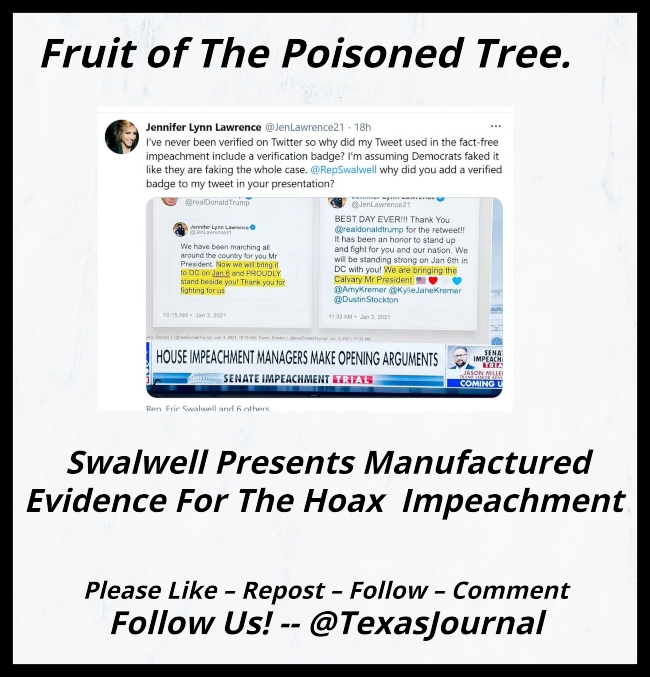 These hoax impeachment proceedings are surreal.  Much to Fang Fang’s boy toy’s dismay, he’s proven there is a God.

How many times did President Trump tweet on a daily basis over the past 48 months?

Nobody knows.  Nobody can know.  It’s an infinite amount.

It’s the FISA court all over again.  They’re forging evidence.  THEY HAVE NOTHING.

There’s a legal doctrine called, “Fruit of the Poison Tree.”  Broadly if something is based upon a lie, or something’s obtained illegally, that and subsequent assumptions based on that lie or illegality can’t be considered.

This whole proceeding is a lie.  They didn’t have a predicate, so they stage a pretext, i.e, the Capitol riot hoax.

President Trump, General Flynn, Carter Page, The Constitution, The People of the United States, trust in our government is only a partial list of the wreckage.

Close these pointless proceedings immediately.  We’ve got a President to elect in 2024.