Texas Journal endorses Allen West for the Officer of Governor of the Great State of Texas.

We believe that Colonel West will act more aggressively and less apologetically than Governor Abbott has chosen to do.  We think Colonel West will act in the interest of Texan’s First followed secondarily by actions that will benefit the citizens of the United States without regard to the hordes of criminal illegal aliens currently flooding across the Southern Border and, as importantly without regard for what our corrupt justice system permitting it to happen may or may not do.

It gave us particular pause when Governor Abbott went out of his way to attack GAB.  GAB, in our estimation, is the only remaining free speech platform left in the United States.  To review Governor Abbott’s attack on free speech and our response.  Click Here.

Please take a moment to listen to this Texas Journal Ten Minute Message describing our stance. 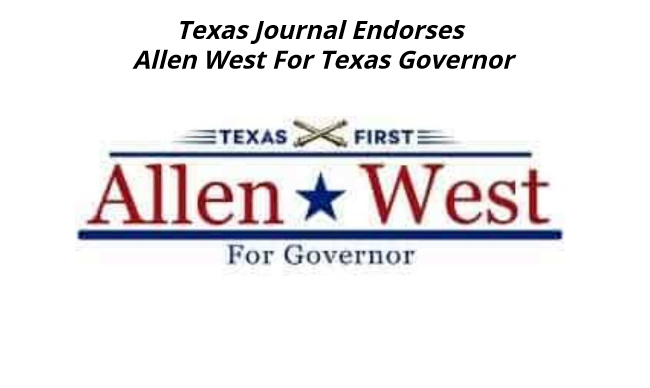