The preposterous notion that Donald J Trump is lawless, or would be lawless, if he were elected President of the United States is a ridiculous Bill Kristol – Hillary Clinton smear that deserves nothing but scorn.

While Trump’s fiery rhetoric has called for banning Muslims and removing illegal immigrants without due process, some scholars heavily attacked his criticism this week of U.S. District Court Judge Gonzalo Curiel in San Diego, who is presiding over the civil fraud lawsuit involving Trump University.

We are at war and remain at war with radical Islam.  At times, it seems like Donald Trump is the only candidate that understands this.  The Obama DOJ wants to keep the names of the illegal immigrants permitted illegal entry into the United States.  The illegals the Congress wants the names of have already been granted illegal amnesty.  You want to see lawless, look to the Obama/Clinton team.  The Obama DOJ.. the so called Obama “Department of Justice” is working against United States Citizens to flood the country with illegal aliens.  Click Here

Many of the illegal immigrants are diseased.  Diseases that were long eradicated in this country are being re-introduced by the flood of illegal immigrants.  This is a direct threat to our children and a health care system already devastated by the failed Obamacare scam.  Click Here

Goofball David Post adds this in in News Max:

“But the president has to be clear that the law is the law and that he enforces the law. That is his constitutional obligation.”

The Obama Administration is legendary for ignoring the law, whether it be for unilaterally changing the tenets of Obamacare, ignoring immigration law, or changing the country with the stroke of a pen.  Hillary would be more of the same. 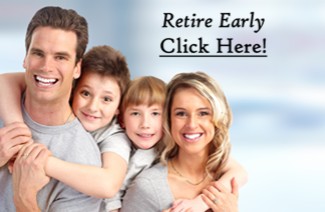 God speed Mr. Trump.  America is counting on you.