According to the Daily Caller, the United States government has approved the sale of electronic chips worth hundreds of millions of US dollars to Huawei. Permitting Huawei, and by extension the Chinese Communist Party, access to advanced American technology is a significant reversal of a Trump-era policy of the Biden Administration.

Abandoning America’s national security imperatives is especially insidious given Biden, both Hunter and Joe’s long and storied history of accepting funds from China.  There are genuine questions regarding the Biden family’s loyalty and fidelity to the United States.

Reuters first reported the story.  It cited two anonymous sources that claimed to know the deal. Huawei plans to use the new supply chips to build more auto parts, including motion sensors and video monitors. Huawei asked suppliers to increase the value of the chips to at least one million for the next sale following the expiration of the four-year licensing agreement. 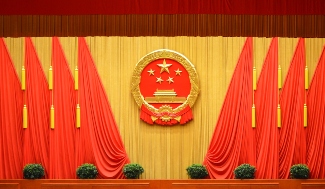 There should be significant Congressional scrutiny of this licensing agreement, who signed it, who’s getting paid, who’s responsible for its execution and monitoring.

Huawei, the world’s largest telecom equipment producer, has yet to state details of the alleged deal. However, a spokesperson for the company said that it intends “to position itself as a new component provider” that will “build better cars in the future.”

The Biden administration is continuing the hollowing out of American manufacturing.  Given the events of the last 40 years, including the degradation and denigration of United States citizens, their current and future job prospects, this is the last thing an administration working for those citizens would do.

Due to its close ties with the Chinese Communist Party (CCP), Huawei has numerous restrictions imposed upon it.  Additionally, Huawei was prohibited from doing business in the United States under President Donald Trump. The Federal Communications Commission identified Huawei as a national security risk in June 2020. This designation was confirmed unanimously in December by the Federal Communications Commission after an appeal by the company.

In spite of this, the reckless Biden Administration wants to provide the Chinese Communist Party with the “Keys to the Kingdom.” In June 2020, Huawei was correctly designated a national security risk.  Now, a year later, Biden is throwing open the doors to advanced United States technology.

Much like the abandonment of Bagram Airbase in Afghanistan before Biden’s botched withdrawal, this is a HUGE risk that will cost countless American lives.  Biden doesn’t understand that there are much more important things at stake than providing cronies unlimited Chinese cash.  First and foremost is the security of the United States.