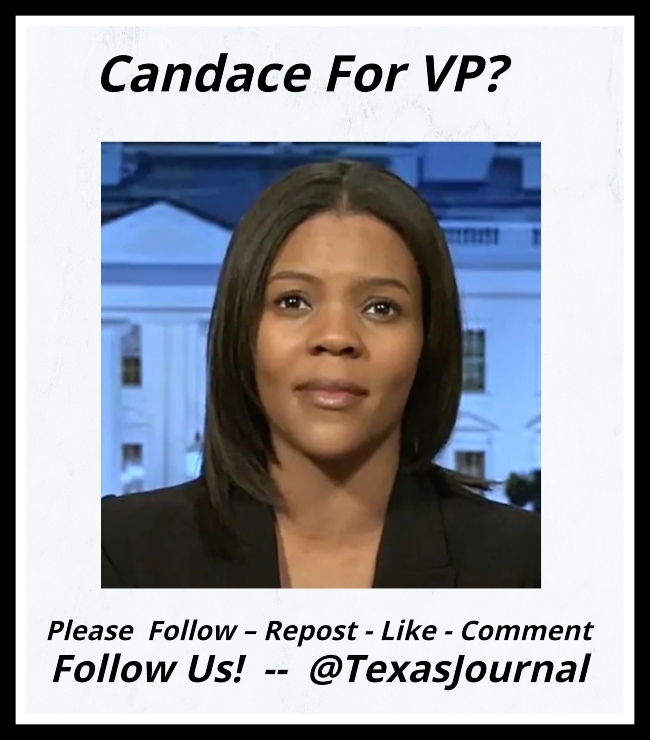 How Stupid Are We??

Pence is out. We need a new VP. Candace Owens has expressed interest in running for the presidency. That’s very good news, but I think Trump has the insight and influence that would make him ABSOLUTELY UNSTOPPABLE.

From what I know of Candace, she and I agree on most issues. If MLK is genuinely revered for what he’s done, that should be the end of the statement.

Candace should be judged ONLY by the content of her character, not the color of her skin.

I, and others I know, would be THRILLED to have a qualified Black lady run as Trump’s Vice President. Regressives would continue to call her names, call her a Tom, tell her “She ain’t REALLY Black, tell her she’s an Oreo, all the usual regressive drivel.

Despite all that. She and Trump would be ABSOLUTELY unstoppable. Then.. in 2028… SHE WOULD BE UNSTOPPABLE.

It’s a shame that’s where regressives have brought us, but it’s REAL POLITIC in today’s United States.

Mr. President… you two would ROCK!