Why No One Will Join the US Armed Forces

A corrupt government can temporarily deny human nature.  That’s what Biden is doing.  He can rest assured human nature will reassert itself by whatever means necessary.

Biden is following the failed path of other unelected dictators.  The government he’s trying to initiate by force will not work.  We believe Biden is trying to precipitate the Great Reset without anyone noticing.  To do this, he must destroy what exists.  Biden must somehow preserve and protect the fallacy of a free and fair 2020 election.  To help accomplish this he’s allied with a corrupt FBI, Democrat Controlled Congress and SCOTUS.  SCOTUS 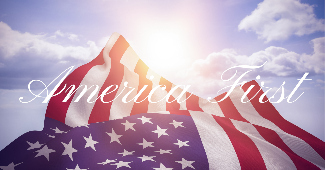 caved when we needed them most, permitting this illegitimate regime to steal the 2020 presidential election.  Click Here

After the steal, the peaceful protest in the capital resulted in immediate incarceration and prosecution.  Many of the January 6 election integrity protestors are still held without charges.  This horrific tragedy is underway while corrupt members of Congress hold their self-congratulatory January 6 Clown Court.  Click Here

Our purported leaders are working overtime to de-emphasize any idea of a unified national identity.  Not surprisingly, as our cohesive national identity is under attack, people identify with political tribes rather than the United States as a coherent entity.  This is underway with Biden’s importation of millions of illegal aliens without thought of assimilation.  Biden is working night and day to destroy the United States.

That has some debilitating national defense consequences.  The unrelenting demonization of the nation and the consistent denigration and degradation of US citizenship means it will be harder for the nation to recruit people to defend it.  A government intent on destroying the core values of a people and a country will be more than willing to let other countries take advantage of it.  We see Biden doing this today in executing an insane proxy war against Russia on behalf of a non-ally and the continued supine approach to China described below.

That’s the situation the United States finds itself in after only two years of Biden’s unrelenting “post-national” vision being imposed on the country.  His efforts to destroy the United States are evidenced by the destruction of law and order from the cop on the beat all the way to his corrupt Federal Bureau of Investigation.  Americans have seen the relentless harassment and incarceration of Christians and Whites for no other reason than they’re Christians or Whites.  The police are afraid to protect citizens because there is no support for those efforts.  The FBI investigates anyone noticing what’s going on.  This is a recipe for national destruction.

This is not the country American’s fought and died for; unsurprisingly, there’s little interest in preserving what Biden has wrought.  If everything were happening within our borders, it would be bad enough.  Inexplicably Biden has decided to launch an undeclared war with Russia using a non-ally as his proxy.  Many of us have concluded this insane gambit is not in the National Interest.  Rather, it’s only to support Biden’s business and political interests.  No clear-thinking American would want to serve such a government.  That’s why the United States military is facing a recruitment crisis.

This truth hit home hard with me.  I served in the US Marines during most of the 70s.  My 19-year-old son told me he was considering joining.  I advised him not to.  The US Military is no longer meritocratic.  You’re promoted predicated only on pigment or sexual orientation.  Service 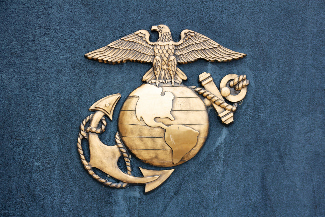 members have no idea whether the person leading them achieved their position through performance or pigment.  What you know with absolute certainty is Whites will experience horrific discrimination.

When I was in the Corps, the general’s promotion would have been announced; everyone would have congratulated him, saluted, and resumed their duties.  In the old Marine Corps, a new General would not have been touted as anything other than a General.  Unlike General Langley, the newly promoted four-star would not have been touted as “The First Black” anything.  In the seventies, the Marine Corps had a meritocratic system that everyone assumed was functioning.  If a person was a Four Star General or a Private First Class , the assumption was that it was earned, not awarded.

All Marines were afforded the respect the rank deserved.  They were afforded this respect because there was no doubt they earned it.  That’s no longer true.  Now they’re putting an asterisk by every pigmented person’s name.  This is racist insanity.

This persecution comes from the top.  None other than Secretary of Defense Lloyd Austin initiated an ill-conceived “Stand Down” after the Election Integrity Protests of January 6.

“The DOD Instruction expressly prohibits military personnel from actively advocating for and participating in supremacist, extremist or criminal gang doctrine, ideology or causes.”

That’s not what happened in the capital.  There was no participation in supremacist, extremist or criminal doctrine, ideology, or causes.  Rather, grandmothers paraded and were arrested for the same.  This after capital guards stood idle as they entered the building.    Secretary Austin has instituted service-wide discriminatory fear tactics to deny constitutionally protected speech and compel compliance with unlawful orders.  Secretary Austin is a radical extremist who would be dismissed from the service in a rational administration.

The cognitive dissonance fostered by Secretary Austin’s insane racist policies has led to a huge spike in suicides in the ranks.  Small wonder.  The results of these irrational policies were on full display when the purportedly most powerful military on the planet fled pell-mell before Afghanistan goat herders.  This is not how the armed forces of a competent, powerful nation conduct themselves.
Suicide Reference – Click Here
Flee Afghanistan Reference – Click Here

Along with this global humiliation, many service members are appalled by the rewriting of history.  With Joe Biden’s full concurrence, Secretary Austin bears complete culpability in destroying tradition and continuity.  He facilitated the disparagement, destruction, and denial of the heritage of the United States when he signed off on renaming military bases.  This man should not be Secretary of Defense.  He cares nothing about the services he leads.  Click Here

The Biden Regime insults American history.  They’ve permitted cities to burn, allowed statues to be destroyed, called our country a ‘genocidal’ ‘settler state.”  Under the brunt of the constant denigration our country has undergone at the hands of this Unelected Regime, it’s no surprise the US Armed Forces can’t find anyone to recruit.

And it’s not just our military weakened by the post-national agenda.

Our country has been left so wide open and unprotected that China is allowed to operate police stations on United States soil.  Chinese President Xi’s troops operate openly in the United States.  It’s an outrage.  CCP Police are permitted to intimidate US citizens while Biden and Mayor Eric Adams of New York set up tent cities to accommodate illegal aliens they’ve bussed to the city.   Click Here  and  Click Here

The destruction of America’s people and institutions by the Biden Regime tracks precisely with allegations of payola the Biden family has received from the Communist Chinese and Ukrainian Oligarchs.

Biden’s actions track with his other policies.  He doesn’t care that we’re overrun by criminal illegal aliens, sex and drug traffickers, cartels supported by his Chinese masters are killing our children with fentanyl and we’re initiating a race-based spoils system in our Armed Forces.  Given the above, why would he care that the Communist Chinese operate with impunity within our borders?

Biden is attempting to establish a “Post Nationalist” state.  To be loyal to a nation, you first have to believe that nation exists and believe it is something worth defending.  Biden doesn’t believe the United States is worth defending.  His actions make that evident.

President Biden has cheered the demographic change he is illegally engineering.  This massive illegal unilateral demographic change bring millions of aliens that will make the United States poorer, more divisive, and more susceptible to destabilization efforts of foreign governments.

Texas Journal Works For You!

Biden’s allowing China to operate police stations in the United States is the most unambiguous indication of his loyalties and the form of government he’s attempting to exchange for our Federal Republic.  Biden has praised the Chinese regime and said he wants to emulate the Communist Chinese Government.  In addition to the horrific influx of illegal aliens, President Biden is allowing our military to weaken due to the massive depletion of resources expended in an undeclared and illegal proxy war with Russia.  Biden is an unmitigated catastrophe.  He’s betrayed the United States, its people, its history, and the values fundamental to our nation.  I believe Biden’s efforts are designed to have us quickly defeated in an intense and deadly war he’s presently engineering.

Biden must be impeached immediately.  No later than the day after the 2022 mid-terms.